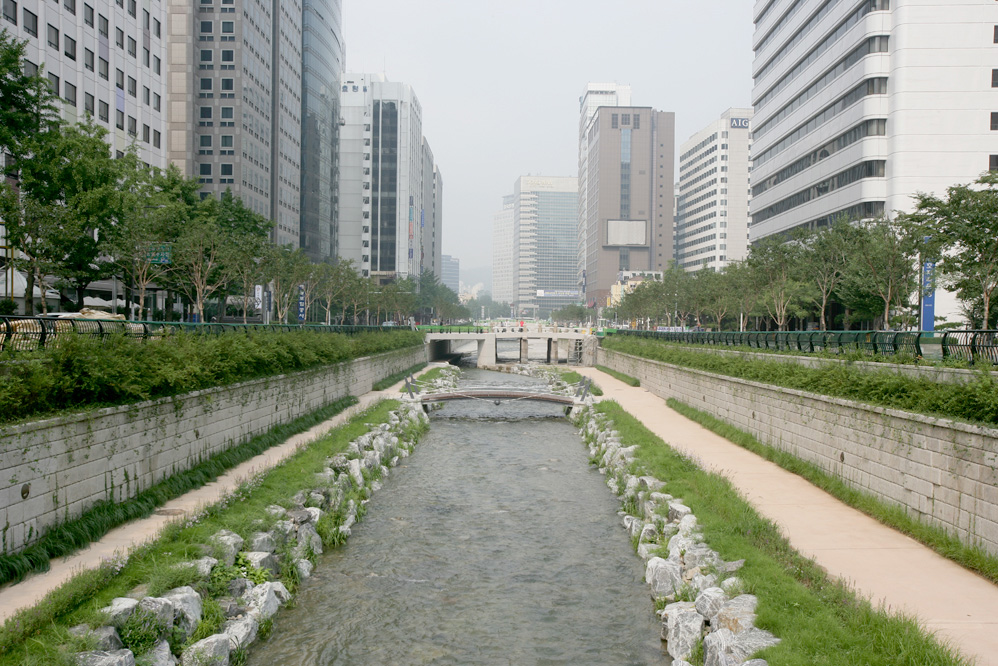 The elevated highway was demolished and Cheong Gye Cheon stream was restored in 2015. Source link: http://english.seoul.go.kr/

Cheong Gye Cheon in Seoul was restored from 2003 to 2005. A four-lane overpass was demolished and 5.8km of green pathway was built along the stream.

Cheong Gye Cheong has a very long history. It was built in 1918 by the Japanese colonial administration for the main purpose of preventing flooding. In the 1970s, a highway was built over the stream to cater to the city’s growth. As time passed, the overpass aged and the cost of repair was high. The traffic created a serious pollution problem, as well. Data collected in 2002 showed that the overpass carried 170,000 vehicles daily, which polluted the surrounding business and residential area. These problems incited Mayor Lee Myung-bak to start the Cheong Gye Cheong Restoration Project to tackle the issue.

The project was finished in two years. The most significant change was that the environment has been much improved. As the traffic was removed, the temperature around the stream was reduced by 2-5°C. With the enhanced environment, the stream is now a famous tourist spot that generates great economic growth. However, there are some critics on the rehousing arrangement for local residents, environmental assessment and the artificial design of the stream. Some claimed that the project proceeded too fast and public consultation was not comprehensive enough. 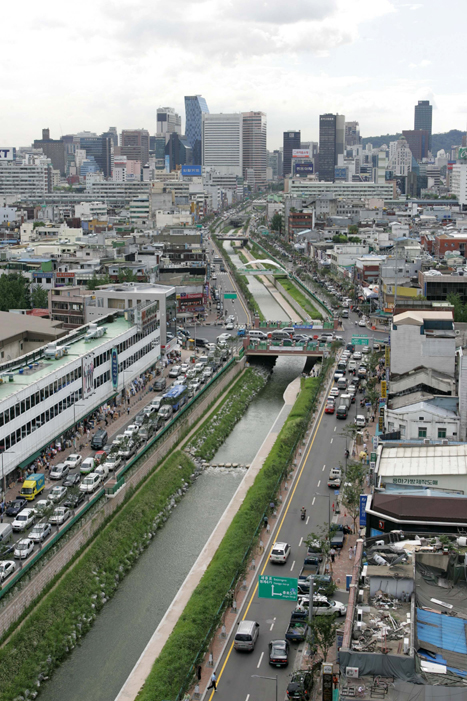 With less traffic, the surrounding area of the stream is much cooler. Source link: http://english.seoul.go.kr/ 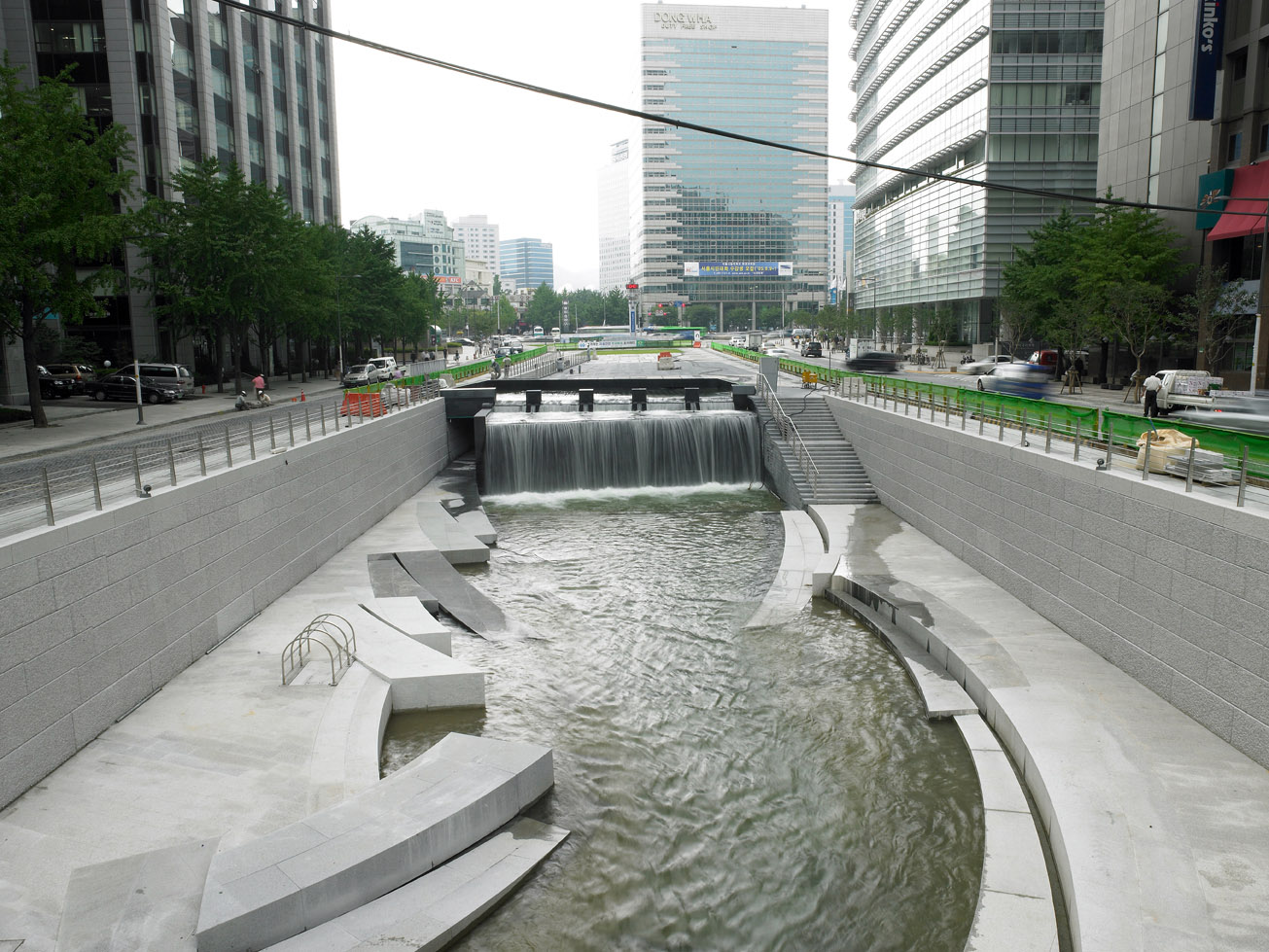 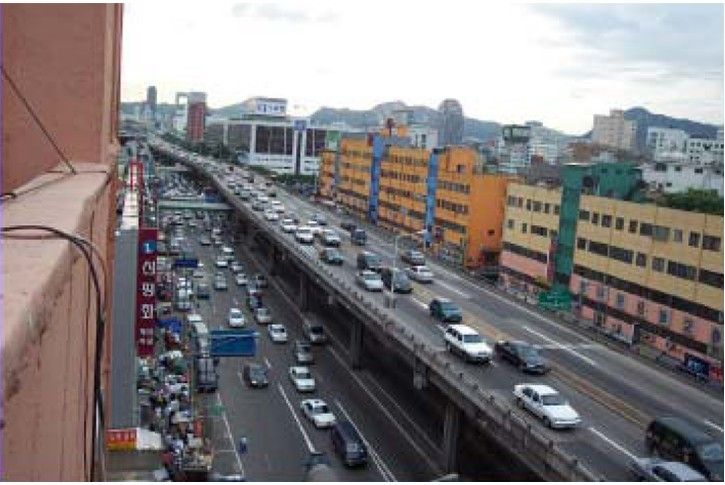 The stream was covered by an overpass with heavy traffic before restoration Source link: http://english.seoul.go.kr/