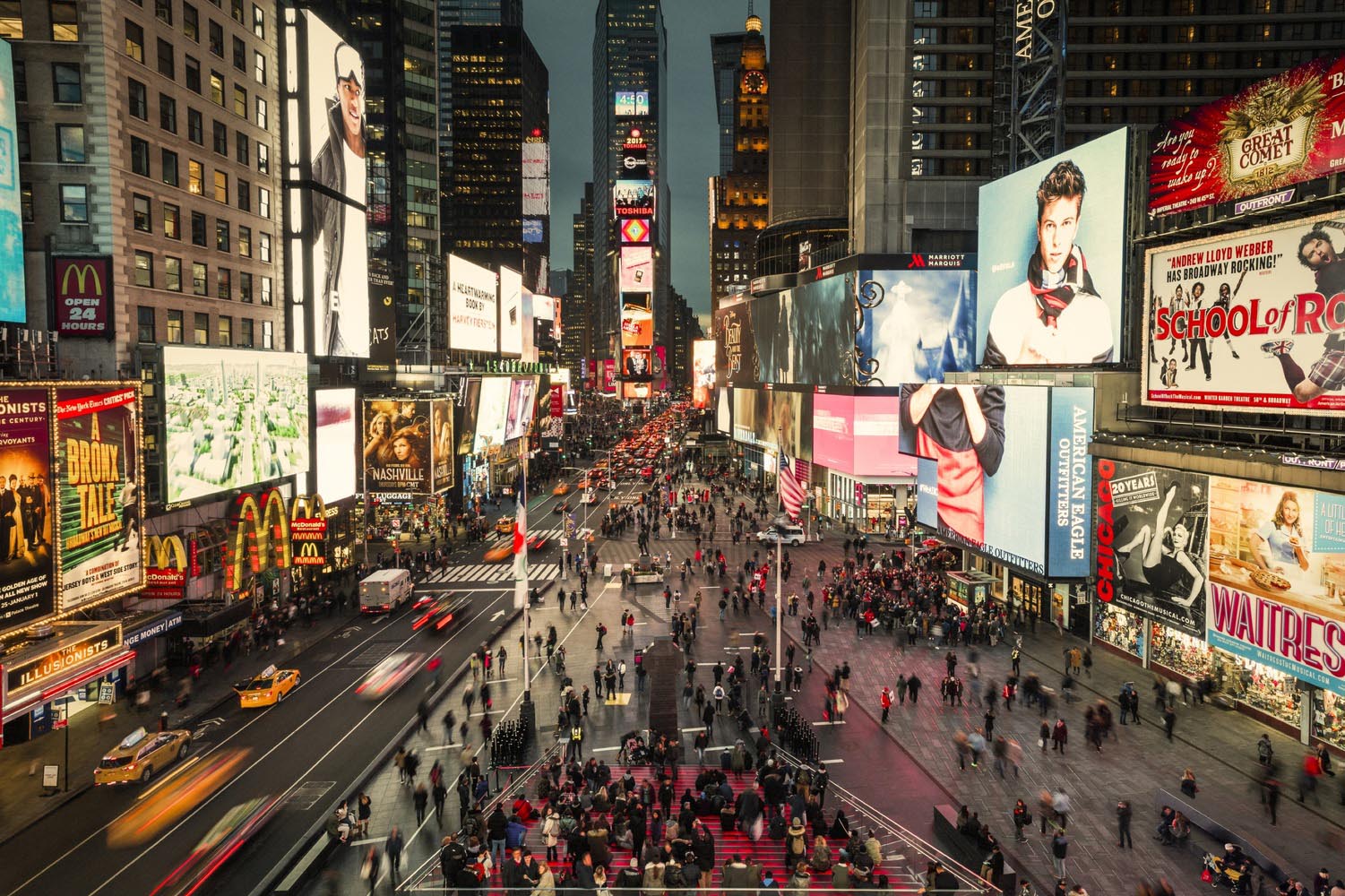 The transformation of Times Square in New York was completed over a span of eight years. Source: http://www.archdaily.com/869685/times-square-celebrates-grand-opening-of-snohetta-designed-transformation

New York’s Times Square has been permanently pedestrianized since 2010. Implementing the project phase by phase, the transformation was completed in April 2017.

The pedestrianization encompassed Broadway (42th Street to 47th Street) in Times Square and Herald Square and started with a pilot scheme in 2009.. During the trial run, the streetarea was painted in green, in order to enable people to easily recognize the pedestrianized areas. At the heart of Manhattan, Times Square and Herald Square were once congested and unsafe. The project, “Green Light for Midtown,” led by the Department of Transport (DOT) of New York City, was then launched to improve traffic flow and provide a safer pedestrian area for walkers . After the trial run, the DOT conducted an analysis, which showed that the travel speeds were greatly improved,including those for buses, which increased by 13% on 6th avenue. Also, 74% of New Yorkers surveyed agreed the area was dramatically enhanced. The data provided strong evidence for Mayor Michael. Bloomberg make the decision to pedestrianize the area permanently in 2010. 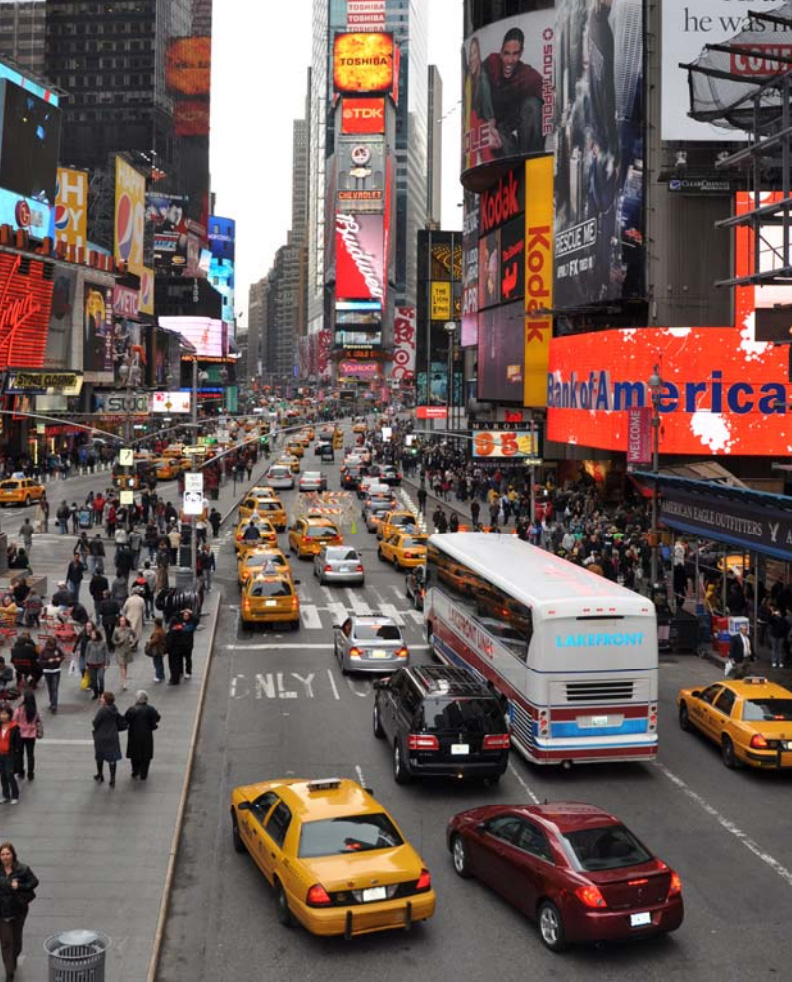 Times Square was once full of traffic. Source: http://www.archdaily.com/869685/times-square-celebrates-grand-opening-of-snohetta-designed-transformation

During trial run, the pedestrianized area was painted in green. Source: http://www.nyc.gov/html/dot/downloads/pdf/20100727_greenlight_after_photos.pdf 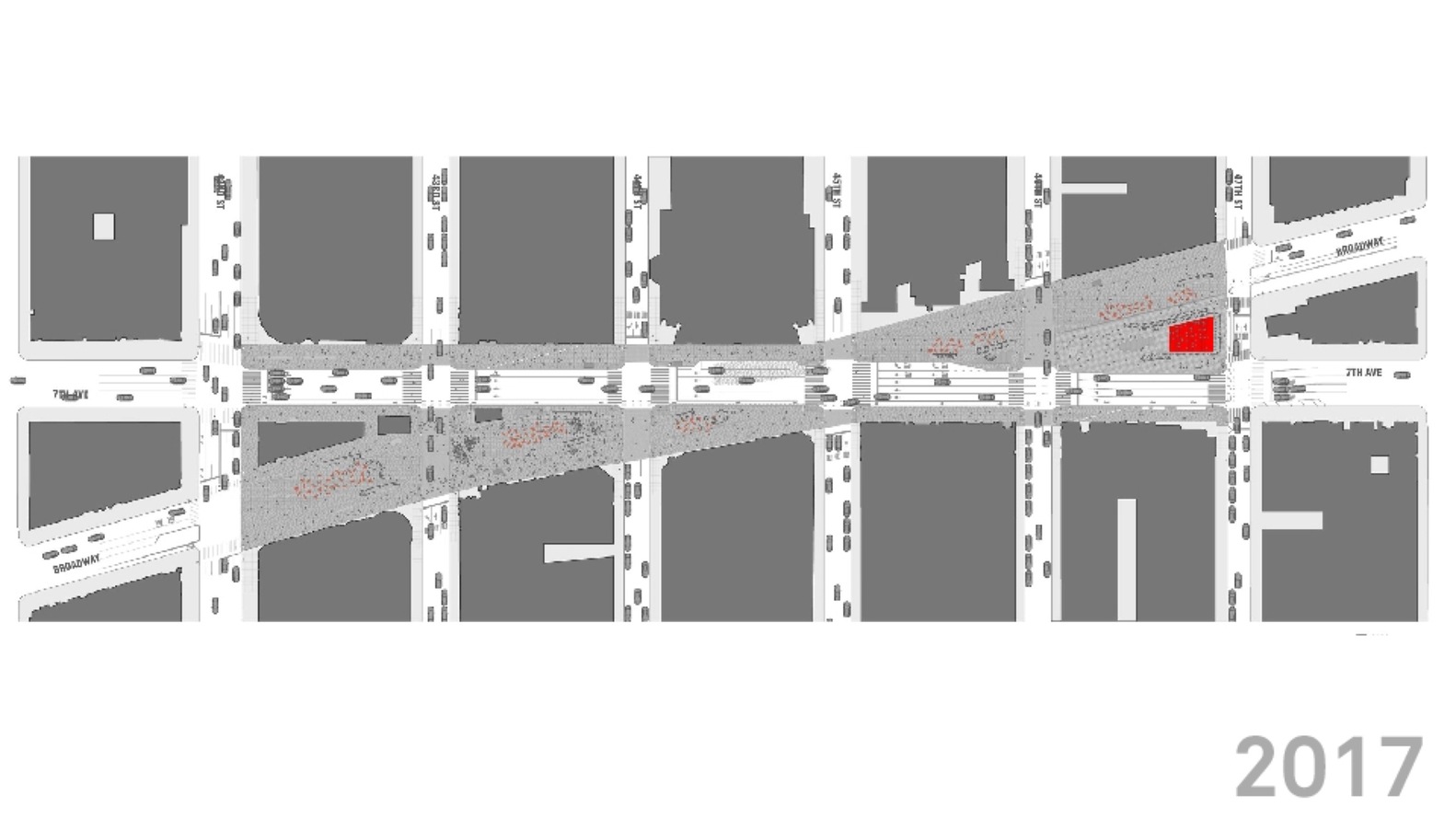 The illustrative images of before and after looks of Broadway. Source: http://www.nyc.gov/html/dot/downloads/pdf/20100727_greenlight_after_photos.pdf